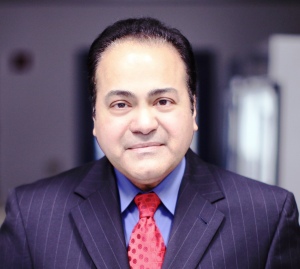 Prasad Devarajan, MD is the Williams Endowed Chair, Professor of Pediatrics and Developmental Biology, Director of Nephrology and Hypertension, Director of Clinical Laboratories, Director of the Nephrology Fellowship Training Program, Director of the Office of Pediatric Clinical Fellowships, Medical Director of the Kidney Stone Center, and CEO of the Dialysis Unit at Cincinnati Children’s Hospital Medical Center and University of Cincinnati. He has authored over 230 peer-reviewed publications and 35 chapters. His research has been continuously funded by the National Institutes of Health for more than 26 years. He has established an NIH-funded Center of Excellence in Nephrology, as well as an NIH-funded Fellowship Training Program in Nephrology. His major research interests lie in using proteomic and functional genomic approaches for the discovery of pathogenetic pathways, diagnostic biomarkers, and novel therapies of acute kidney injury. He holds more than 120 US and international patent applications. He has been named twice by Thomson-Reuters as one of the “World’s Most Influential Scientific Minds”. His laboratory has pioneered the discovery, translation, and validation of NGAL as a biomarker of kidney injury. He has mentored over 30 trainees in basic, translational and clinical nephrology. His leadership in clinical and research excellence has garnered his division the #2 rating in Pediatric Nephrology by US News for the third consecutive year.

Let’s congratulate him on this years ANIO award for academic excellence!